What is League of Legends?

League of Legends consists of two teams of up to five players each compete against each other. The aim is to destroy the other team’s “nexus” – a building that is deep in the territory of the enemy. Each League of Legends player chooses their own “champion” who has his own strengths and weaknesses in combat.

How is League of Legends played as a professional e-sport?

This e-sport is mostly played in an enormous league system. This is in contrast to other major e-sports like Counter-Strike: Global Offensive, which takes place in a tournament format.

The League of Legends system is a huge network of divisions and sub-divisions, most of which are divided into regions. A team competes against other teams from its own region with a promotion and relegation system. As a rule, two seasons or “splits” are played over a year, in spring and summer.

How to bet on League of Legends 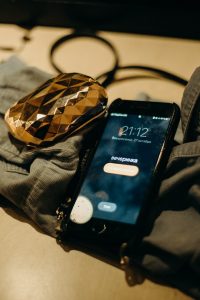 In the past few years, League of Legends has become a very popular e-sports to bet on for a variety of reasons. The games are fast-paced and full of action, which makes it interesting to watch the game and bet on it live.

The most popular bets are the match-winner bets for each individual game. Here you simply bet on the winner of a match, lean back, and watch the action.

You can also bet on which team will win a particular game.

Handicap betting is a vital part too of betting in this e-sports. This is because numerous e-sports betting enthusiasts know if the game is unbalanced.

Live betting at League of Legends

In-play betting is a growing phenomenon supported by the ability to watch matches live and bet at the same time. Many fans follow certain teams and watch their games via online streams. And some prefer eSports betting during a League of Legends game, not just before.